Folate deficiency is rare, and folate testing is rarely indicated. We sent 29 hospitalists personalized guidance about folate testing and will measure the impact of this intervention over the next few months.

Folate deficiency can cause health problems, such as birth defects when the mother is deficient early in pregnancy. In 1998, the FDA passed a new rule requiring manufacturers to add folic acid to grain products. At present, folate deficiency is rare in the United States, and supplementing folate is cheaper than testing for deficiency. The American Society for Clinical Pathology (ASCP), recognizing this state of affairs, now recommends against order red blood cell folate levels.

Most interestingly, the hospitalists varied widely in their folate testing. Over the two-month period, most ordered fewer than 10 tests, a small number ordered between 10 and 20, and one hospitalist ordered over 70 tests. 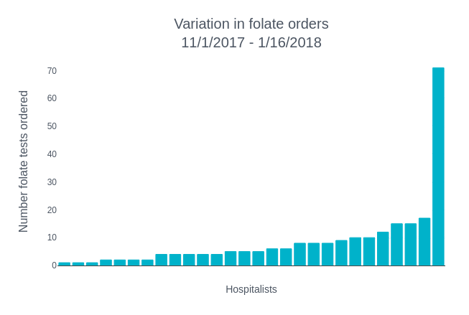 Agathos sent each hospitalist a personalized text message on their folate testing and a link to explore peer compare graphs, reference materials, and relevant cases within the Agathos mobile application.

Agathos expects folate testing to drop over the next few months and eagerly awaits the data to assess whether behavior change occurred—follow this blog for updates!

As in this case, clinical best practices can change over time due to several factors, including advances in medical knowledge, changes in population health, and economic factors that change the costs and benefits of a given decision. The effectiveness of quality improvement and variation reduction initiatives hinges on a data-driven and user-centric approach:

Curious about your group’s clinical variation? Contact us to request a demo. 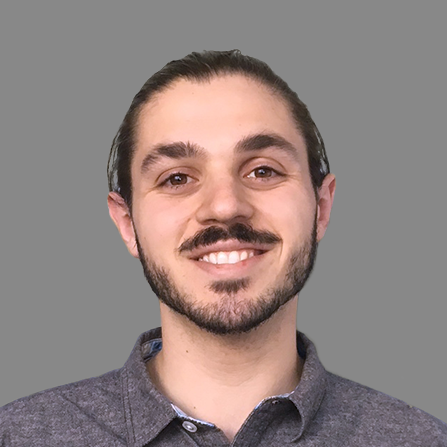